Wes McClure talks about the changes in Student Government under the 1969 constitution: students gained an input to budgeting fees, Student Senate mirrored Faculty Senate, the executive became separated from the legislature, and the budgeting process became more accountable.

00:00:00.000 I’d say the number one thing is giving the students the power to budget for fees, at the various levels and in the various component areas.
00:00:09.679 In some cases maybe that already in existence but in other cases it wasn’t, like for instance at what we would not call the college level, then the school level, that was not the case.
00:00:19.923 Secondly we set up the student senate instead of the student legislature, and that was sort to mirror the faculty senate.
00:00:29.434 So it was part of this idea of being present and being part of this dialogue and being kind of on equal stature so that the student senate and the faculty senate
00:00:38.441 would each be representing these bodies, so there was symbolism about just even that name.
00:00:45.150 Secondly we wanted to separate the executive a little more from the legislative so that the president of the student body wasn’t the dominant person in the context of the legislature.
00:00:55.763 That became the senate president. When I was treasurer and a senator the presiding officer was always the vice president
00:01:05.371 but the president was always there, proposed things, was kind of a dominant force, so that modified that just a little bit.
00:01:14.779 But you still throughout, you know, not every position is elected. There are a lot of positions in these various organizations that are appointed,
00:01:26.560 whether by the student body president or by somebody who appoints their successor. A lot of times the publications kind of work that way,
00:01:33.532 so the publications board then had some more responsibility for making sure that they were kind of vetting who these candidates were, and the money and so on, to make sure it was used responsibly.
00:01:43.941 But even before the constitution I had submitted legislation that required that any organization that we gave money to had to keep their accounts in the Student Affairs Office where the student bank was
00:01:58.622 they couldn’t have them some other place – so they’d be auditable and available. The constitution just really cemented some of those kinds of things,
00:02:07.698 that budgetary process, the accountability part of it, and again reinforced this academic basis to the representation rather than, say, a residential basis.
This video is an excerpt from a longer interview. Contact the Special Collections Research Center to request the transcript of the full interview.

Becoming a Leader at NC State Concepts Behind the New Constitution, 1969 Free Expression Tunnel, 1967 NC State's Response to the Speaker Ban School of Design in the 1960s 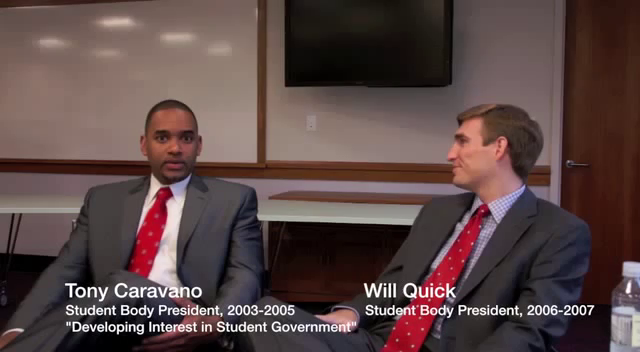 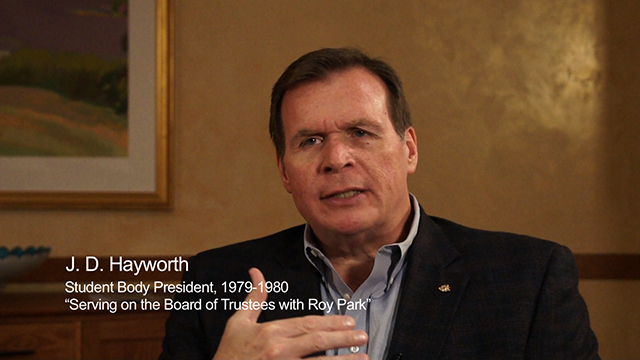 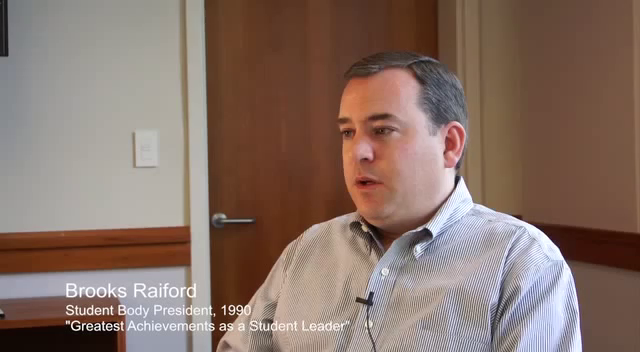 Greatest Achievements as a Student Leader
Brooks Raiford discusses what he considers to be his greatest accomplishments as a student leader including the professionalization of Student Government. 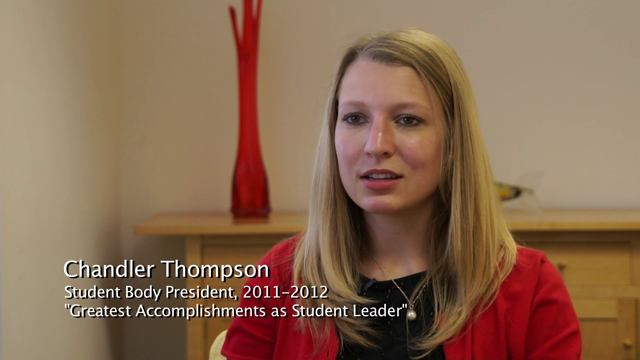 Greatest Accomplishments as Student Leader
Chandler Thompson discusses her platform for Student Body President and what she accomplished during her term in 2011-2012. 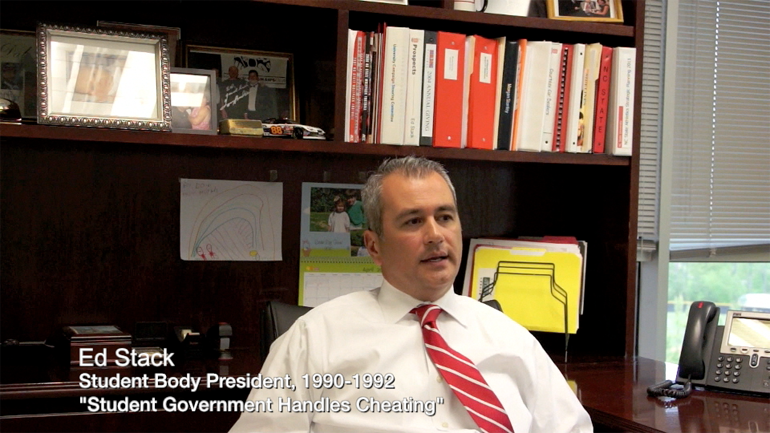 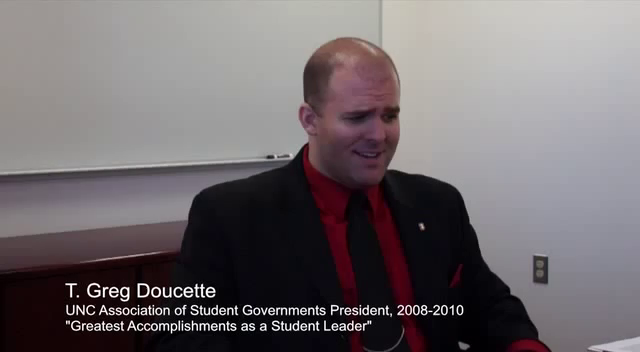 Greatest Accomplishments as a Student Leader
T. Greg Doucette reflects upon what he considers to be his greatest accomplishment as a student leader at NC State. 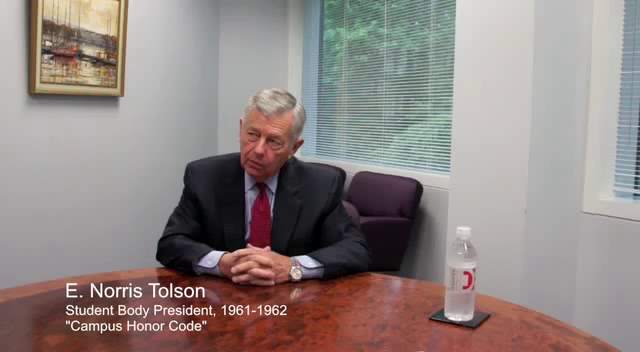 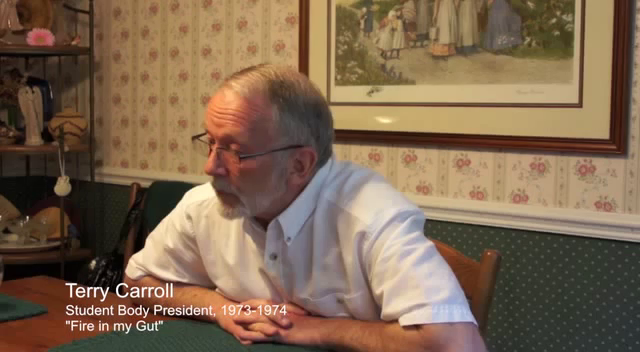 Fire in my Gut
Terry Carroll recalls how he became interested in Student Government following his return to campus after two years of service in the Vietnam War. 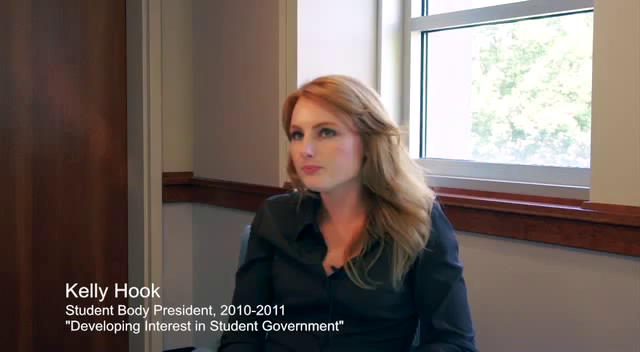 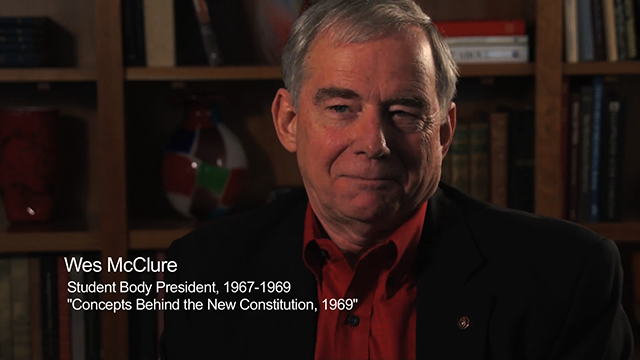 Concepts Behind the New Constitution, 1969
Wes McClure talks about the ideas behind the new student government constitution that was approved in 1969. An architecture student at the time, he approached development of the new constitution as if it were a design problem. Legislative representation of the student body was designed to reflect the what was unique about NC State. 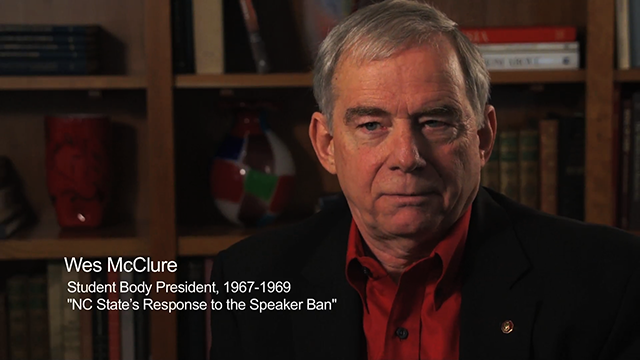 NC State's Response to the Speaker Ban
Wes McClure discusses the reaction of NC State University's Student Government to the Speaker Ban law. The Speaker Ban was enacted by the North Carolina General Assembly in 1963, and it forbade speaking at the state's public universities anyone who was a member of the communist party or who advocated overthrow of the U.S. government. The law was declared invalid in 1968. 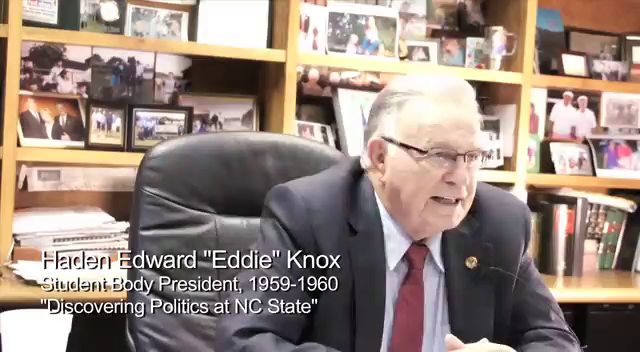 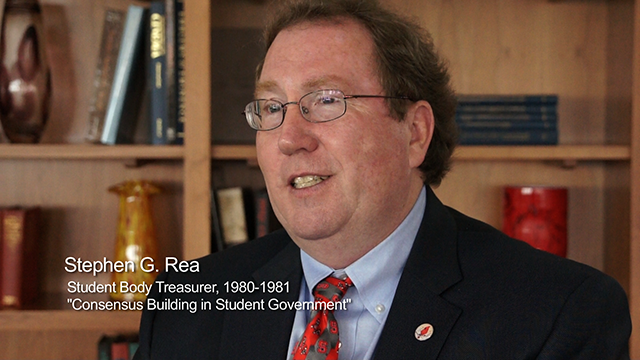 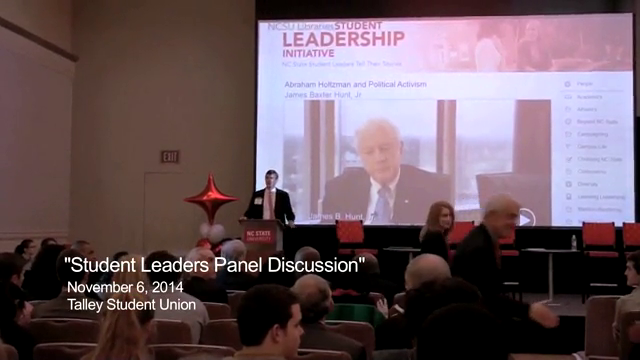 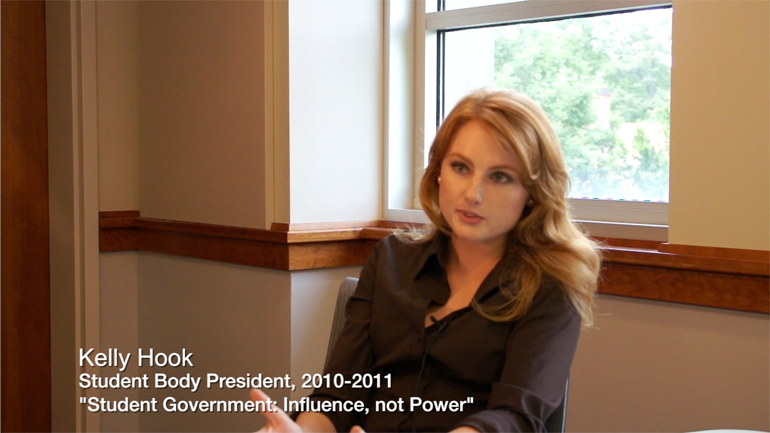 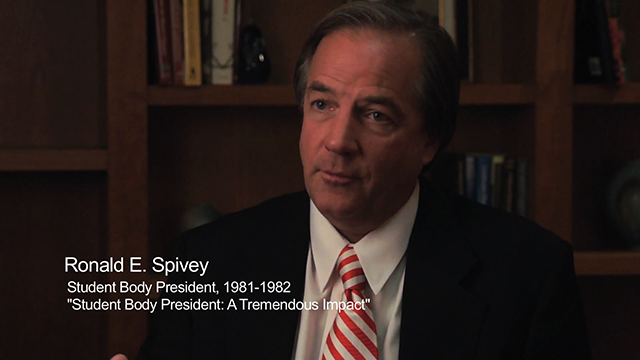 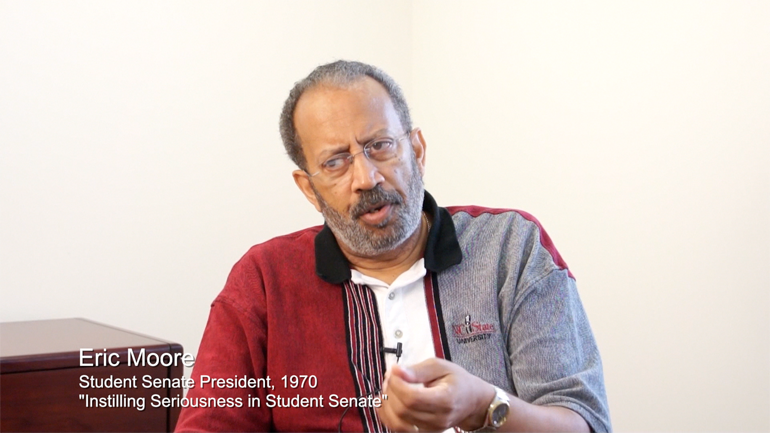 Instilling Seriousness in Student Senate
Eric Moore explains why he thought the responsibilities of the Student Senate should be treated with seriousness during his term as Senate president. 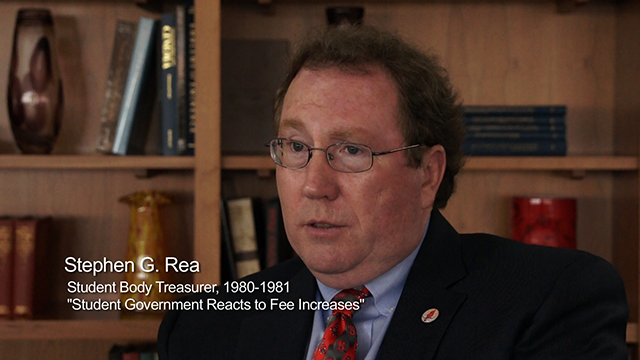 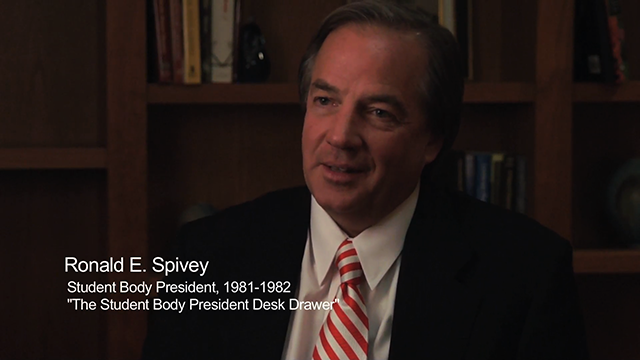 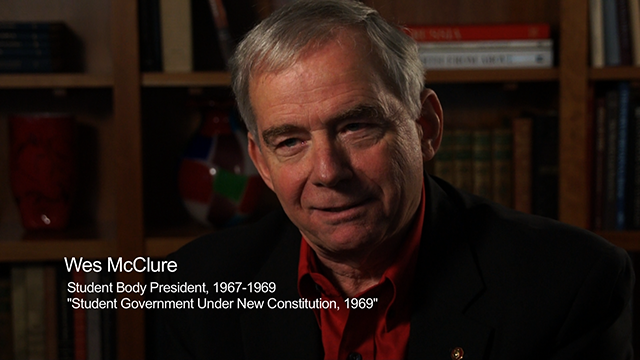 Student Government Under New Constitution, 1969
Wes McClure talks about the changes in Student Government under the 1969 constitution: students gained an input to budgeting fees, Student Senate mirrored Faculty Senate, the executive became separated from the legislature, and the budgeting process became more accountable. 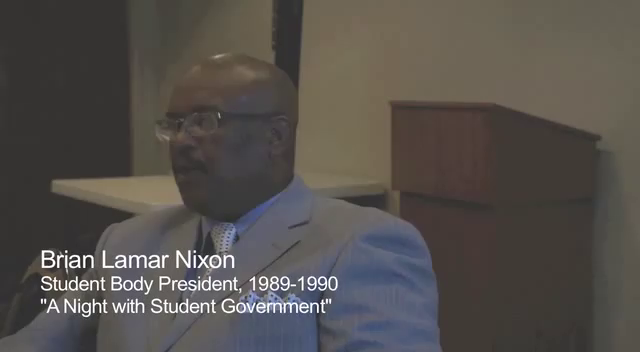 A Night with Student Government
Brian Lamar Nixon discusses that as NC State student body president he set up particular evenings for college administrators and student government leaders to be available at university dining facilities for students to come ask questions while they ate their meals. 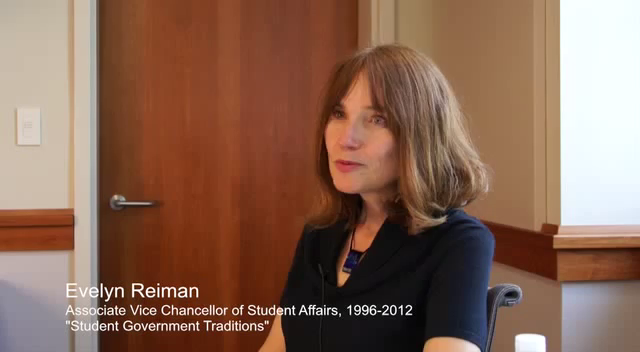 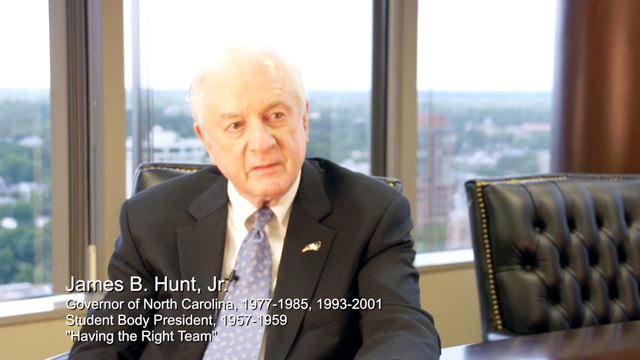 Having the Right Team
James B. Hunt, Jr. recalls his quick ascent into the student body president position and the importance of surrounding himself with an effective team of student leaders. 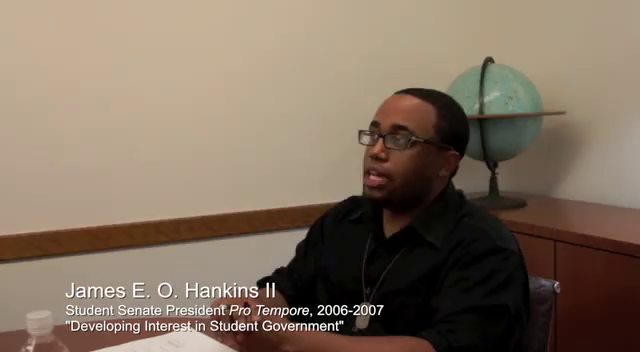 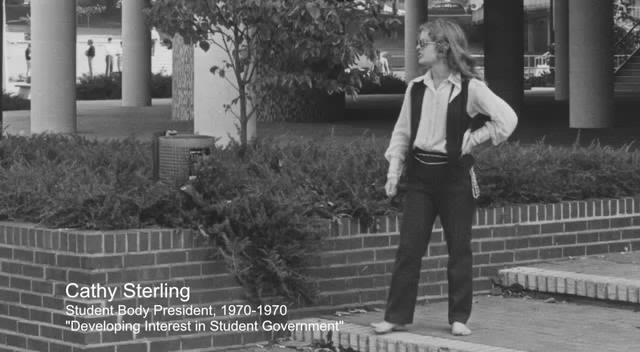 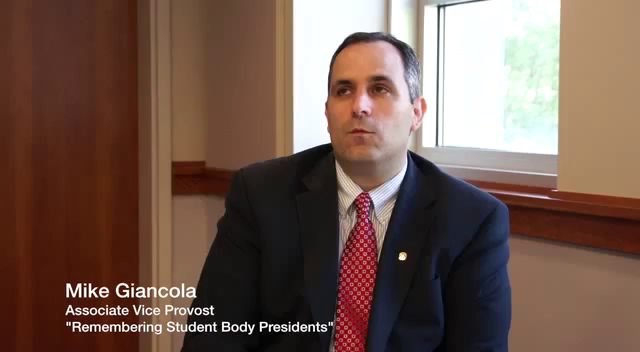 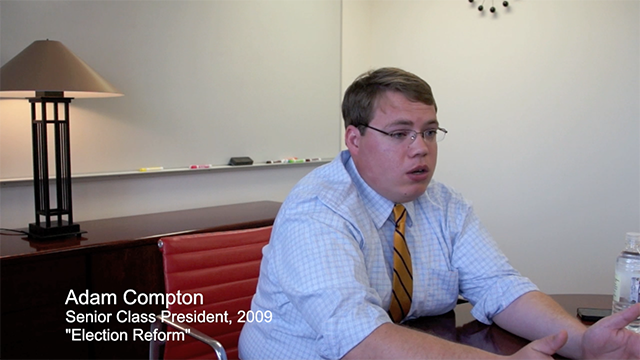 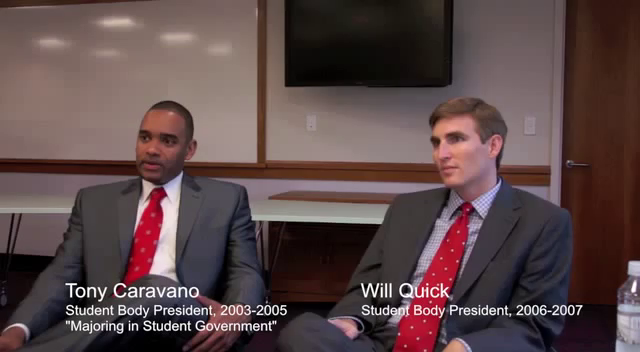 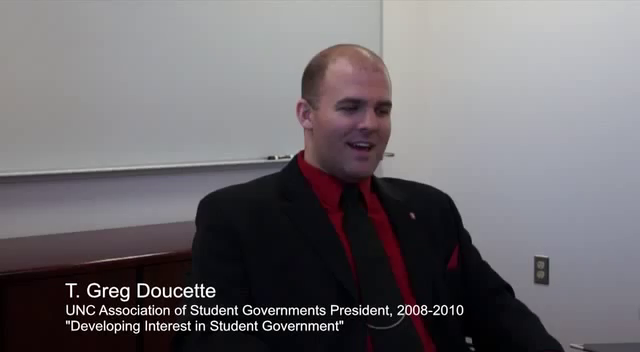