“The reward, you guess, is what you learned—to keep going somehow—to work with people—to understand other points of view—that inner satisfaction must be more important than praise—that the world is real and not a textbook—to do your best—to keep smiling—to be proud of N.C. State College. You’re glad it’s over, aren’t you? But you wouldn’t have it any other way.” 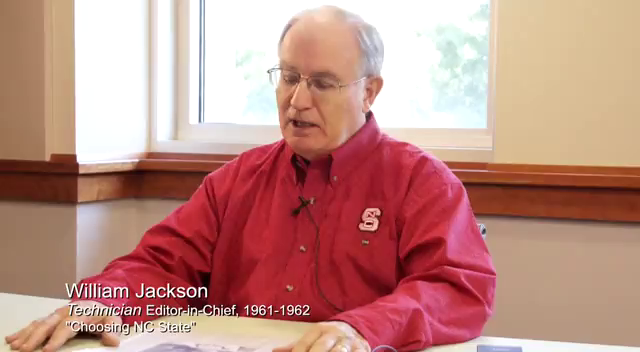