Dr. Stafford received a bachelor's degree in psychology from Davidson College, a master's degree in counseling from NC State, and a Ph.D. from Florida State in higher education administration in 1964, 1966 and 1971, respectively; he also holds membership in Phi Kappa Phi national honor society. Following graduation from NC State, Dr. Stafford joined the Army, during which time he spent thirteen months in South Korea.

Dr. Stafford is also active in local community organizations; he previously held a position on the Board of Directors for the Triangle Chapter of the American Red Cross and he maintains membership in the NC Fossil Club. More recently, Dr. Stafford is known for hosting tours of the NC State Memorial Tower. 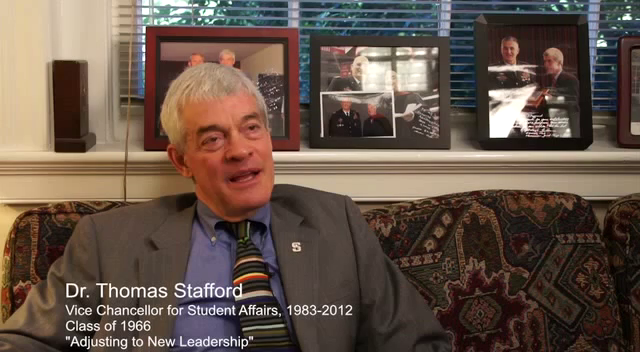 Dr. Stafford retired from his position as vice chancellor on July 1, 2012. He plans to remain involved at NC State in some capacity.