During his presidency, Mirchandani encouraged students to fight tuition increases; he worked towards the creation of an endowment for need-based scholarships and was successful in asking Hillsborough Street merchants to keep their businesses open longer. The Technician did not support Mirchandani's efforts for reelection in spring 2000 calling Mirchandani’s administration unsuccessful. Mirchandani responded in an article entitled "A look back: setting things straight" in which he highlighted his administration's many successful programs. Mirchandani lost his campaign for reelection by almost 270 votes.

Raj Mirchandani graduated from NC State in 2001 with a Bachelor of Arts degree in political science. 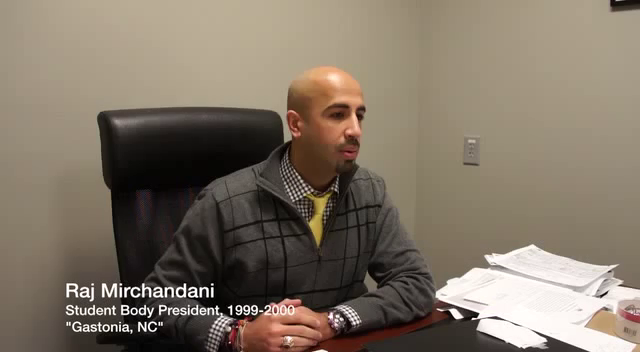 During the summer following his election, Raj Mirchandani assembled Student Government representatives to fight the NC General Assembly’s proposed $500 tuition surcharge. The Assembly passed the budget without the surcharge provisions.

Mirchandani gathered information on students’ interests in his proposed plan for a late-night bus system. His efforts led to the establishment of the Werewolf. The Werewolf, originally implemented on a trial basis, was later adopted as a late-night busing system. Mirchandani stated, “The purpose of this project is to make sure students can get across campus safely after hours.”