Evelyn Reiman has served as a mentor to NC State student leaders since 1979, when she became the director of new student orientation. In 1984, she was promoted to the position of Director of Student Development and, later, Associate Vice Chancellor of Student Affairs.

During her tenure, Reiman took part in many student issues. One of the earliest was her sponsorship of the first NC State Women’s Week in 1980. Continuing her work with female students and faculty, in 1989 she helped create the Women’s Resource Coalition newsletter, and in 1991, opened the campus Women’s Center.

Reiman also founded the Center for Student Leadership Ethics and Public Service (CSLEPS) in 1998. Though initially only sponsoring “just a few programs,” it now sponsors around 150 events each year.

Throughout her time at NC State, Reiman was involved with Student Government in many capacities. One important moment was in 2006, when Reiman supported a new regulation requiring students participating in Student Government and the Union Activities Board to maintain full-time enrollment, a 2.5 semester GPA, satisfactory progress towards a degree, and no active disciplinary sanctions. Despite some student protest, the regulations became official in 2007. Reiman also personally mentored many student body presidents, including Whil Piavis and Jenny Chang.

In 2011, Student Government created the Associate Vice Chancellor Evelyn Q. Reiman Appreciation Act to honor Reiman’s contributions to the university and its students. She retired January 1, 2012, after 32 years of service to NC State. 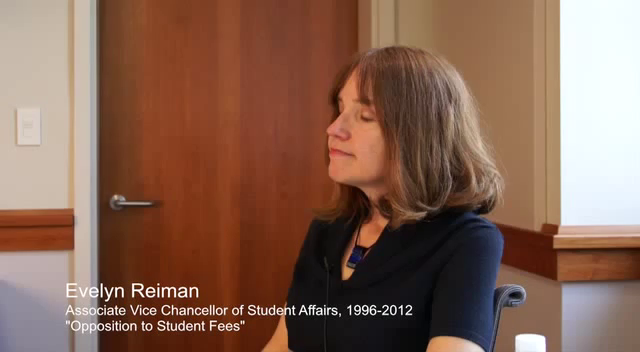